80’S OVERDRIVE is a 2D pixel art racing game, designed to take you back in time to when eight and 16-bit consoles, and arcade games, ruled the world. 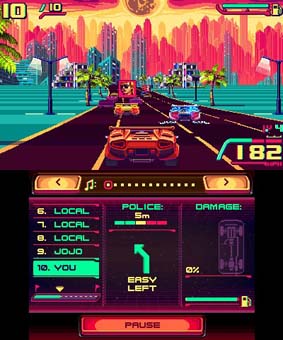 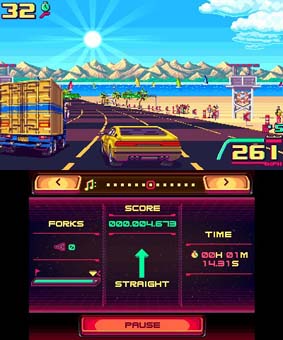 Pure nostalgia trip, This is the game that Outrun should be! The progression is simple yet effective, Racing feels more purposeful and fun. The soundtrack is very good and overall the game looks awesome in 3D. I had a few issues like hit detection or the rampant difficulty spikes but that could be my eyesight failing me. If you ever fancied a modern take on Outrun then 80’s Overdrive is the game for you, I just hope we see it on more platforms going forward with a better level sharing option.