Our The Hand of Merlin Review has us playing this turn-based rogue-lite RPG in which Arthurian legend meets with sci-fi horror. Recruit mortal heroes to explore lands rife with otherworldly evil, make narrative bending choices in unique interactive encounters, and search for the lost fragments of your soul across the multiverse. 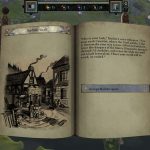 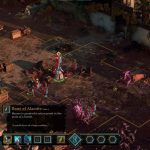 The Hand Of Merlin Review Pros: 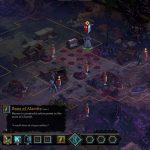 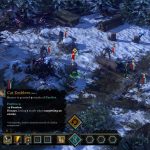 The Hand Of Merlin Review Cons: 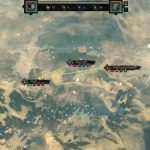 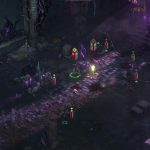 The Hand Of Merlin:

The Hand Of Merlin is a choose your own adventure roguelike with turn-based combat. Don’t go in thinking it will be easy to get into, far from it as the game loves just bombarding you with pop-ups and menus and it’s like I say overwhelming but also forgettable as you can’t take it all in. Shame to start off rough as once the game opens up and you get used to it all the game gets good. The story is told through a book with pages turning as you go, as it’s a choose-your-own adventure you will constantly have game-altering decisions and encounters to play out. It is slow but that’s the genre. Combat is turn-based and is again a bit clunky as you never fully know the controls, and the camera is slow and wooden. Actually playing the combat is up there of how to do it, never really pushes itself but it’s solid and can rival your X coms with the huge stable of actions and abilities to use. It’s a weird mix only because the story is slow and plodding along and the combat is faster and more balls out. The mashing of genres does make sense though because it kinda balances itself out but both of them have their issues. The Hand Of Merlin is a fantastic adventure game but it doesn’t make it easy to love, you will have to woo the menus and treat the mechanics to dinner before you get all its offerings. Proving that it definitely more a grower than a shower